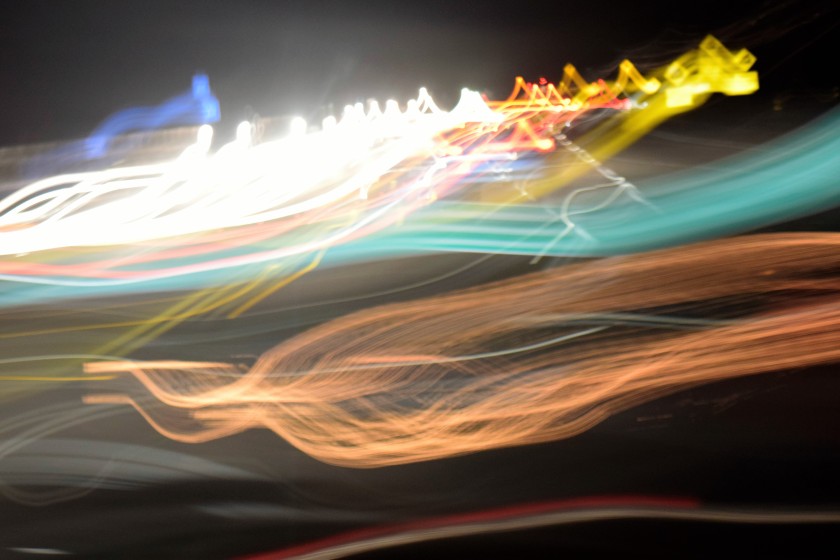 We’ve arrived to the conclusion of this series, and bullet point number two: psychology is the quantum physics of human study.

There is valid psychological research out there. The world has learned many things thanks to proper psychological researchers following proper scientific methods and procedures. Politics and bureaucracy, warped ethics and poorly developed philosophy has given much of psychology and psychiatry a bad name. The fact of the matter is psychology is the study of the mind, the mind studying itself, and it takes a certain level of scientific measure to do so.

There are many aspects for why there won’t be a yes or no answer to the title. We find ways to quantify behavior of everything we observe in psychology and other sciences; that’s the point, really, to quantify our observations so that we can logically and mathematically find systems and patterns and create better understanding. It’s how the DSM should be developed, but it hasn’t been. In fact, there isn’t much science involved in that infamous book. None of the members of the board are researchers or scientists.

Emil Kraepelinian, a german psychiatrist and researcher who furthered much psychiatric thought in his time pushed for empirical evidence in clinical study when it came to mental conditions. His love of philosophy sputtered a bit, as he focused more on the natural science of the mind; realism became his muse. Psychiatry, he said, and the science of it, should focus on what is presented, what is seen, and what is really “real”, observed and reported objectively.

He pushed for diagnostic causes, the scientific philosophy that is supposed to be backed by the DSM. That is, each diagnostic label is used as explanation for the behavior observed, a cause. He said “cases arising from the same causes would always have to present the same symptoms and the same post-mortem result”.

What I find interesting about almost anyone who supports the medical model, and almost anyone who advocates for anti-psychiatry, is this idea that any of this is based in absolutes. As if something as complicated as the human brain, something which is as unique chemically as a fingerprint, could present the same symptoms and the same post-mortem result. As if chemicals in the brain don’t play any role at all. As if genes don’t. As if environment doesn’t. As if individual variation in perception of life, in thought, in personality, doesn’t. As if we will ever be able to quantify exactly what a combination of all of that means.

So why do I call psychology the quantum physics of human study? Normally it would be a compliment, a toast to the complexity and beauty of psychology, but until the science of it actually starts behaving as such, I refuse to compliment it.

My reasoning can be summed up in one simple, and pretty obvious word: probability.

You can calculate the trajectory of a ball and where it will land based on the height the ball starts and the force which propels it. You’ll look at angles and velocity. It’s pretty straight forward classical physics, just like you can take a look at a particular chemical structure in the brain and label it dopamine, serotonin, or GABA; when you see each structure, you can accurately predict the label, just as you can accurately predict where the ball will land as long as you can do math.

But when you get into particles that seem to appear chaotically, randomly, and pop out of existence just as suddenly as they’ve popped into existence, when you can’t observe the actions with the naked eye, things become less obvious. When you start attempting to measure when serotonin will be released, how, where, and the effects that will cause, with the same types of stipulations, things also become less obvious.

As much as they tell you serotonin causes anxiety, there is no certainty in this. There’s no certainty in the dopamine hypothesis or even the entire “theory” of chemical imbalance. There is some research, often funded by pharmaceutical companies, which claim reliable and valid results with a minimally valid sample size that allows them to generalize, or predict, that for many people, a rise or decrease in serotonin (there’s been research showing both instances) can cause anxiety and/or depression.

Statistics gives an idea of how many of these pop-up particles will/can appear at a given time, in a given space, but it will never be 100% accurate. Statistics gives us an idea of how many people will experience a given “symptom” compared with their genetics, their neurochemistry, and their life experiences. But because we don’t have solid understanding of any of those categories, the predictions and statistical significance must still be taken with a grain of salt.

So what does this mean? If we can only observe a small amount of our physical existence, if that can only be quantified using a symbolic system which is also only based in our observable spectrum of the universe, than does anything matter? If we can never be sure of anything, what’s the point?

Curiosity, I suppose. Curiosity and acceptance.

Part of the philosophy behind the Uncertainty Principal and the paradoxes within, which we discussed here, is that we must, particularly within the study of ourselves, of the universe, find acceptance in our limitations because we are inherently limited by our physicality. We will never see with our own objective, naked eyes whether that photon’s interference pattern is being influenced by the light we use to see said interference pattern, or if the photon indeed behaves as both a wave and a particle depending on observation.

There is indeed always a confounding variable we can never control for: our humanity.

And so I say, my friends, don’t take things so seriously. I lose myself in delusions quite consistently. It’s terrifying. Sometimes it’s beautiful. Sometimes the terror is beautiful and I’m not sure when I was able to see that beauty, but I’m thankful for the psychosis showing me the light side of the dark–and by this, I don’t mean “the bright side” or “the light at the end of the tunnel”. There is a lightness nestled within the darkness, and you have to go very deep to find it. But it’s there. It’s there because the same darkness lies deep within the light.

I laughed at myself the other day because most people I speak with who have experienced psychosis have found some kind of light, spiritual light in all of this, been pained by demons and blessed by God (or Gods) and I’ve been quite the opposite. I’ve embraced the demons and the darkness and recognized their validity. I’ve called them my protectors more than once this last week, terrified that they’ve been steering me purposefully this whole time and I’ve been resisting out of fear and misunderstanding.

They’ve become false angels–angelic in their intent but false in their goodness and I can appreciate a being which can drop its pride and admit the unity of good/bad which churns inside them. If you’re curious of this, and my thoughts on my voices/where my beliefs come from, I’ll write a post explaining it all. It’s quite detailed.

Hell, even if you’re not interested, I’ll probably write on it.

And so psychology is as science as philosophy in the sense that thoughts/ideas can never be proven and neither can the theory of chemical imbalance.

We can provide enough evidence to disprove it.

And I promise, we will.

P.S: It is inherently and philosophically inaccurate to call this theory a chemical “imbalance” as there is no “balance” to compare it to. And so I say we will disprove the imbalance aspect not because I don’t believe chemicals play a role, but because I recognize that there is no standard for comparison. Neurotransmitters and neurons change and grow depending on experience and variation, and therefore we can never have a generalized “true north” version of our chemical make-up.