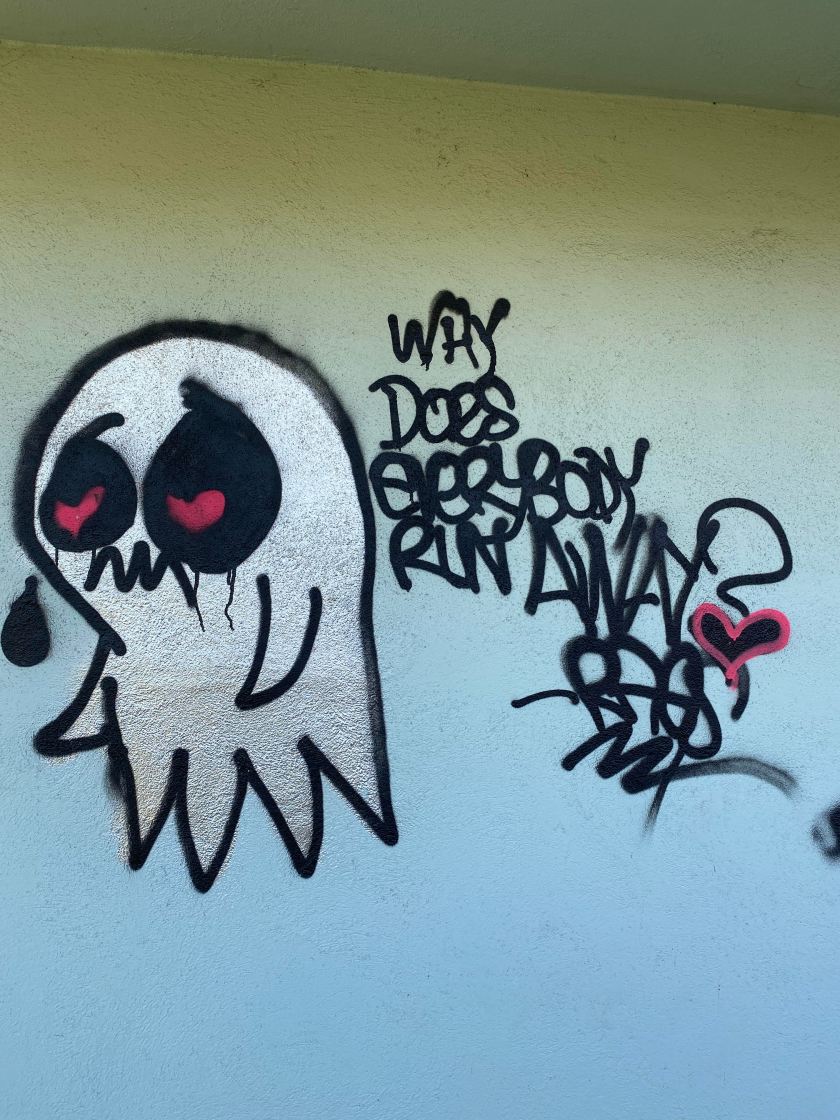 No, we will not spend countless paragraphs discrediting psychodynamics and psychoanalysis. The facts are there: Freud’s systematic hypotheses were circular, full of confirmation bias, and untestable. This makes his ideas of Psychoanalysis quite useless, inherently flawed, and simply unscientific. However, modern psychodynamics has come a long way, and if you’ve ever read The Center Cannot Hold, by Elyn Saks (if you haven’t, READ IT!) you know that one of therapists which helped her through her cognitive dysfunction pre-hospitalization was indeed a psychoanalyst. Her therapist often took Elyn’s discombobulated words and reflected them, unbiased, nonjudgmental, back to Elyn. This doesn’t happen often anymore, especially not in hospitals, and we lose this understanding that psychosis is not necessarily meaningless. This idea that it may have meaning is derived from psychoanalysis itself, which is rooted in Psychic Determinism: every thought, action, personality quirk, is there for a reason; nothing is ever accidental.

Anyone who says it’s impossible to communicate with someone in psychosis hasn’t really tried. There was a time I did a regular outreach group at the local psychiatric hospital, in which i’d been as a patient before, and there were often people in my group who were by clinical definition incomprehensible. Sometimes people would wander from the group or I’d end early and someone would want to keep talking. To the average person, and I’m sure many of the workers there, the babble was pointless, but there was one particular man who sought me out every time he saw me. And when he said something like “There isn’t anyway to know the ticking and I don’t know where my home is but I know there’s some fact in that”, I’d say something like “it’s hard when we feel lost and can’t find home” or “there’s a lot we can know in the world, and not know”.

This wasn’t easy. I stumbled a lot over my words, trying to keep up with his thoughts, and maybe nothing I said ever resonated as clearly as these words are registering to you as a reader. I wouldn’t know, I’ve never had someone approach me in this way during my worst moments. But it did something. Sometimes the group was just us, and we’d talk like that, back and forth, for fifty minutes. He’d always shake my hand before I left, and this was one of the people the staff “warned” me about, said he could get unruly, loud, disruptive, and although I can never confirm the way I spoke with him as a clear reason why he never appeared aggressive with me, I can say that our conversations were always even tempered, relaxed, human.

I do not advocate for this as the ONLY form of treatment. Acute episodes are terrifying, traumatic, confusing, they require many things. But staff shouting, tackling people, and being argumentative doesn’t reduce the terror, the trauma, or the confusion. I CAN say that.

So, there are positive things to come out of the idea and possibly the practice of modern psychoanalysis and psychodynamics. Let’s be clear though: Freud was wildly inept as a scientist. All of his hypotheses were derived from case studies and never tested with experiments or even standardized self-report data.

Scrolling along some text in my personality book, some reading for classes during COVID, this author caught my attention when he compared the natural course of entropy in the universe to the entropy of our thoughts. Essentially, entropy focuses on how ordered systems, over long periods of time and inevitably, tend toward disorder. Freud had a similar sense about the mind, says this author, and insisted that we attempt to order our thoughts and lives for the sake of our own creativity and growth. Entropy dooms these efforts.

Freud describes his philosophical understanding of his own hypotheses in terms of libido (NOT just sex drive, but a life energy) and thanatos, (not Thanos as I had read, but a drive toward “death”). Libido described one part of the brain designating energy for a process, and in that time such energy could not be used anywhere else in the brain. We know this not to the be the entire story now. Thanatos was not a wish for death, or a fear of it, but was this very recognizable, a very EASTERN idea that everything contains its opposite.

This is essentially a less developed, disorganized form of YinYang. It’s presented in the textbook as quite a novel idea. But Eastern cultures and indigenous cultures across the globe, have held this collective understanding for centuries. Reading philosophy on the duality of life is what helped me come to terms with my psychosis. Freud didn’t do it first, I promise. If anything, he was super late to the party.

He called his version of YinYang the “doctrine of opposites”. While I refrained from rolling my eyes at this, his “doctrine” maintains that everything requires and implies its opposite. That is, life needs death, sadness needs happiness, and one cannot exist without the other. If you’re curious how this really lines up with YinYang, I’d recommend getting in touch with someone who knows this philosophy well, or reading the basics in this post here.

Why is any of this relevant?

I think what I learned, and am still learning, is that pain is not as simple as we want it to be. There cannot be pain without no pain, and there cannot be no pain without pain. You can’t fix your thoughts with medication, therapy, electric shocks, substance abuse. You can’t be broken without also being together. Unifying the good and the bad, not separating them, not fighting with one over the other, has been the key to many of our successes.

You cannot be ill without also being well. That is the message here. If you identify with mental illness, then you identify, also, with mental wellness; there is harmony in the illness, and disharmony in the wellness. We see this often: there are advantages to being anxious sometimes. For me, I know my anxiety makes me more prepared during stressful events. Because i’m panicking all the time, I don’t panic when others do. I’m often a voice of reason. There are disadvantages to being happy: for me, I get wary of this gentle contentment I’ve come to over the years, because of the imminent threat of not being happy again.

A lot of people view that latter statement as a struggle particularly of clinical depression or bipolar. I don’t see it that way anymore. I recognize that is the duality of things: there is inherent unhappiness in happiness. That’s the nature of things.

Labeling the thoughts as defective is the result of the depression, and part of the struggle. Accepting the truth in pain and the dissatisfaction in wellness is recovery.

What do you think?

Curious about research, news, and a community dedicated to “Eliminating Barriers to the Treatment of Mental Illness”? Check out TreatmentAdvocacyCenter.org for more information, as well as support for COVID-19. This post isn’t sponsored by them, I just stumbled across their site and found it highly useful.

For updates on posts, research, and conversations, follow me: