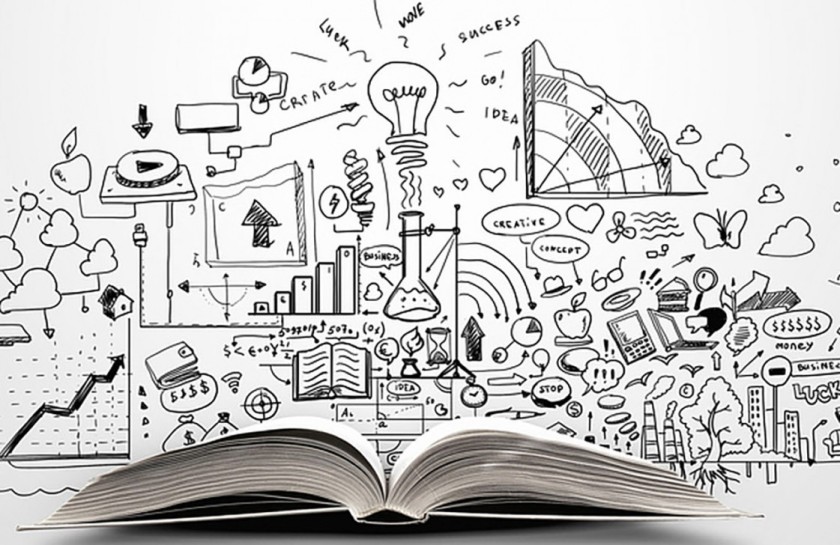 Yesterday I said today’s post would be about whether or not psychology is a science and how certain types of philosophy play into the ideals psychologists and M.D’s are trained with, but right now I don’t have access to the notes I made in regard to that topic. So today will be kind of an introduction.

We’ll talk about the importance of education and its scary insignificance.

If you’ve ever taken an introductory psychology course, you have most likely heard the story of “Little Albert”. In using classical conditioning, John Watson and Rosalie Rayner conditioned Albert to have a fear of a white rat. They did this, according to my recollection, by making loud, sudden, scary noises when presenting the white rat.

Now, if you’ve taken a recent introductory psychology course which covered this case, and you are not in California, there is a slim chance you were not told what I was told. I’m betting you were, though.

I took General Psychology 5 years ago and was informed that the experimenters discovered this infamous baby known as Little Albert had also been conditioned to fear white things in general. Fluffy, white, harmless things like a puffy rabbit or a dust bunny. My class was then told this fear persisted throughout this child’s life, and that fears could be unconditioned as well. This example is used as evidence to prove that classical conditioning in humans perpetuates specific phobias.

The study was referenced in a few other courses as well, all with similar conclusions. The textbooks were no different.

So, imagine my surprise when my research course revealed Little Albert had been fearful for ten days. After that, his reactions subsided. When they attempted to recondition the fears, his responses were lessened than the first time and the fears did not stick. My research professor said he had never learned this until he actually read the paper Watson and Rayner published.

And so this brings up many serious issues, one of which I’ll talk about tomorrow.

But for today, we can just focus on one main issue: if we can’t trust our education, how can we trust our practical training? Are they following research or intuition? Are they creating programs and trainings that are based in research topics but finalized by idealism?

This doesn’t mean we flush our meds down the toilet and spit at our therapists. Maybe it means that for some people but for me it means self-research is probably one of the most important things I can do for myself as a mental health consumer. I don’t like to say “question everything” because that implies a lack of trust and in order for people to trust you, you also must sacrifice some vulnerability and offer trust. What I say instead is “research everything.”

Get a new diagnosis? Great! It matters to you, it explains what you feel and how you think and you really identify with it. Learn about it, if that’s something that matters to you. And that doesn’t mean googling “schizophrenia” and reading about how your negative symptoms will take over your life after medication quiets the positive symptoms and how medication is the recommended long-term treatment and how some people can still live meaningful lives (after the author spent six pages ripping your self-esteem to shreds).

It took me years of mental growth supported (sometimes unknowingly) by the connections I’ve made at the Peer Respite house I work for, and my own inner revelations, my own retraction from society and sanity, to really learn things which I would have never known had I not had a few questions and some hours of research.

And so the second lesson here is patience. While you go through the horror and the terror and wallow in darkness, look around. Touch the walls you’re trapped in. Smell the air that’s tainted and stale. Feel the ache in your heart. Hear your own screams. Explore the desolation because there is nothing more all-encompassing. And when something is all-encompassing, there is no escaping. So don’t run. Melt into it.

Let me give an example.

I was part of a cultural competency training/story telling event for the company which helps run and fund the respite house. There were other providers from within the company who attended, nurses and clinicians from other mental health and housing programs. (For some background, the company runs 100+ other programs and the Respite is the only fully peer program).

I was one of three who was scheduled to tell my mental health story and how I interacted with providers during the worst of my crisis. This was to provide them a view from the other side.

However, public speaking isn’t usually my thing. I used to faint in elementary school when I had to stand up in front of people, and this fear continued through high school and college until about a year ago. It still makes me intensely nervous, but I’ve gotten just a smidgen better at controlling my body and my thoughts during my presentations.

And so my anxiety sky rocketed the moment I stepped into the building. What this usually means is I go sit somewhere quietly and ignore the room and put some music in my ears and try not to listen to my own self-criticism or voices.

What it meant this time was understanding my limits and using my crutch to further develop my own skills. I took some valium I’d been prescribed for my back. This doesn’t last very long in my body with my metabolism, but it lasted just enough to calm my body. I wear a Google Wear smartwatch that tracks my heart rate religiously and I use it as a biofeedback because biofeedback was what helped me see how my mind exaggerates my feelings.

When the medication kicked in, my heart rate went from 109 to 68. And in this period I felt it. I felt my body and my hands and how cold they were. I felt my eyes moving in their sockets and my tongue brushing across my lips. All the while my mind panicked.

And so I focused my awareness on that disconnect. I spoke with my brain and my body and I told my brain: do you see how the body feels right now? It’s okay. This situation is okay. Feel how grounded we are right now? Feel how I’m leaning on the counter top? See, you made that person laugh. You’re having conversations. Do you feel how loose the body is?

And so I didn’t run. I dove into the discomfort and identified the disconnect that perpetuated my fears. I will and do talk quite a lot of shit about medication. It’s understudied and should not be cleared for long-term use in any one human being or animal. It is studied for short-term usage, all of it (meaning 4 weeks to 3 months) and the only medication I am comfortable with my body enduring is as-needed medication for panic. And the only way I will take one is if I recognize I won’t learn anything from the panic if I can’t get out of my body and into my mind. I have to reconnect the two, and one needs to be isolated (calm) in order for me to show the other one everything is okay.

I quite enjoyed my talk. I’m sure there are many things I could have done better, things I could have said better maybe. But it was the first time I spoke to a room of people without pouring sweat, stumbling over words, or fainting. By the time the talk started, the Valium had left my system.