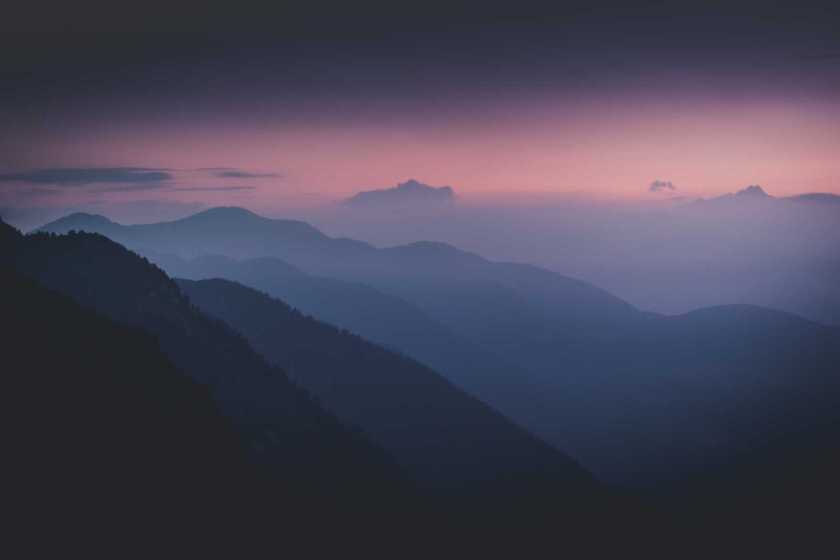 I’ve been absent because the pain of sitting with this back injury was too great. I wish I would have injured my back before I started this blog; not writing for days isn’t the proper way to re-build a blog. I know at least that much.

In the midst of all this pain, I’ve been challenged philosophically once more. That seems to happen a lot. You think our minds gets off on presenting existential issues with every little aspect of life?

My drug record is as follows: Marijuana. Psychiatric cocktails.

Marijuana made me feel normal in high school. I stopped when I started college and psychiatric medication. Then 7 years on and off of those medications. Antipsychotics dull your mind, but I wouldn’t call it a high. Benzos knocked me out a couple times. But I’ve never experienced the bliss that is an opioid-based medication.

This medication (which only cost me two dollars compared to the 40 I used to pay for my psych meds each month–there’s your opiate crisis plain and simple) was prescribed strictly for that insurmountable pain I mentioned earlier. I couldn’t sit, I couldn’t lay down, I couldn’t walk. I also couldn’t give up going to class and work during recovery, and so the pain med and the valium came into play.

Valium is shit, in my opinion. I don’t like that the halflife is up to 72 hours, which can make your body very dependent very quickly if you’re taking it regularly. It was prescribed for muscle spams, which have been plaguing my entire body since the back injury.

The issue I’ve had isn’t with addiction. I’m not crushing the pain med and snorting it. I’m not injecting it, I’m not smoking it. I like the feeling, I enjoyed floating while in class, and in that high I realized how much I missed feeling THIS kind of disconnected. A happy disconnection. And then I wondered if it was really the disconnection I missed. That just didn’t feel right; I’m always disconnected in some way, and often that’s how I make it through my day.

It’s the sense of altering my mind state which I missed. That felt right, until it didn’t. This year has been the happiest year of my life; I’ve lost all the weight I gained from my depression, I’ve stayed off all psychiatric medication, including anti-psychotics, I’ve got friends, I’ve been more open with people. I’ve enjoyed work. I bought a 2019 car. I’m successfully completing the research course which I kept dropping because of psychosis and depression. I’m writing again, submitting fiction again, starting this blog, finished a manuscript draft. I feel mentally and physically back on track. So what is making me want to change this?

I don’t have an answer.

I can look at human behavior and make some guesses, though.

People say if you’re satisfied where you are, content with yourself, you won’t want anything more because you have everything you need. Perhaps it’s the ideal case. It just doesn’t seem practical though.

Or, maybe I’m not as happy as I think I am. In that case, what aren’t I happy about? Maybe those who indulge in recreational drugs also aren’t as happy as they think they are. In that case, maybe no one is ever certain about how they’re actually feeling. Freaky.

Maybe the feeling of a new experience is exciting, maybe the devil hooked a Twinkie on his fishing line and we’re all chasing it into hell.

Maybe we convince ourselves of one thing to justify what we know isn’t true. For example, I enjoy the body high. I’m always so tense from anxiety, have been all my life. Marijuana could never take it away, and neither could psychiatric meds. But the pain meds can. And so maybe I’m saying I’m not trying to subdue my feelings or run away from something so I can justify continuing to use them even though I’ve finally made it past the most severe pain.

Seeing as that’s highly likely, although my mind is pushing hundreds of reasons why I shouldn’t admit to that truth, the question then becomes: is enjoying something like a high wrong?

Most people would say yes, if it interferes with your life. If it becomes an addiction and reduces your level of functioning (i.e, using the language we hear all the time in mental health). I would say that wouldn’t make it wrong. It would make it pointless. And pointless isn’t always wrong.

Other people may say yes, it’s wrong, because you’re avoiding life. You can’t cheat like that.

Then people go off on tangents of addiction, of blaming you for “putting your family through this”–similar to shaming you for considering suicide. Then they talk about death–you’ll kill yourself. You can see my analysis on THAT argument here.

I don’t quite know what the point of this post is anymore.

To indulge or not to indulge, that is the human question.