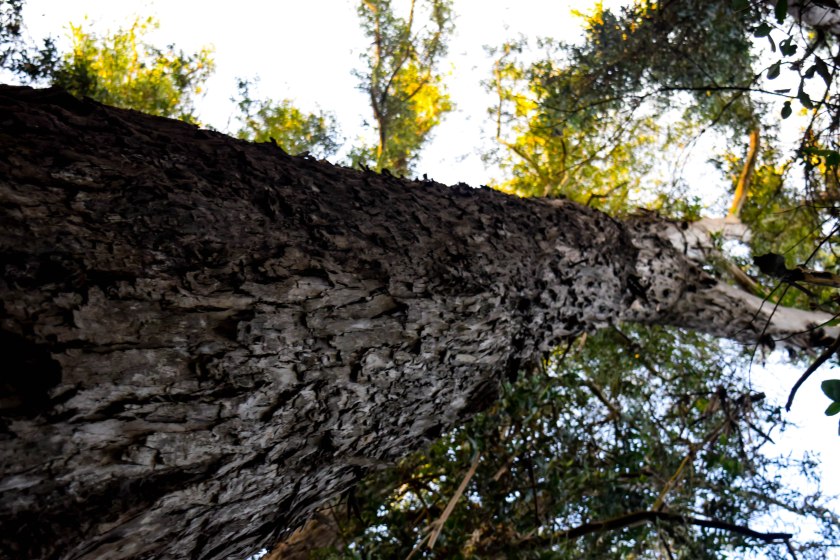 I don’t know about the rest of you, but one thing I struggled with a lot in the worst of my mental health was feeling free. Not just from myself and my own judgments, but from other people’s judgments and the judgments of life; I talked a bit in the previous post about how it feels life has a standard of living we should be striving toward.

I decided to quit a second job I had acquired about six months before. One anxiety I still battle is approaching people, and a series of events lead up to me ghosting the job (as I have every job I’ve quit for the last 7 years). Their incessant calling my phone, my mother’s phone, and my primary job sparked paranoia; I heard the workers talking about me, their voices, their thoughts, and had the first panic attack I’ve had in 2.5 years. At the end of it all, friends seemed to reflect that I’d felt bad for ghosting my employer. But that wasn’t the case.

The things I heard were them discussing how stupid I’d been to do this. I feared looking stupid in the eyes of people I’d probably never see again.

There’s no guarantee had I quit “properly” I wouldn’t have experienced the same things. I always thought they considered me stupid, and that is in relation to how little I speak. That’s traced back into a childhood of selective mutism and gut wrenching anxiety and people actually thinking I was slow.

So, freedom felt hard to come by. Unobtainable. Non-existent.

My first realization came some months back: I needed to give myself permission to speak. I had never been given the chance or the encouragement as a child; at home, I was bullied into stifling my voice, especially around “grown folks”, and at school I was reprimanded for never talking. My child brain didn’t know how to reason through that contradiction. And so my first step as an adult was to remind myself I’m allowed to speak.

My second revelation came as I thought about the meaning of freedom. Could I do whatever I wanted? Murder without a conscience? Disregard consequence? Revel in havoc and embrace chaos? I dabbled in heavy partying for a brief period, mixed medications and alcohol hoping to feel alive and free in debauchery and carelessness. I didn’t feel trapped anymore, but I didn’t feel free either. So chaos wasn’t freedom, it was just a localized, appealing version of pain.

If recklessness wasn’t freedom, than what was? I thought back to the days I berated myself and physically hurt myself out of confusion and some underlying need to be noticed. I didn’t consider myself a bad person, but I didn’t think I was very good either, and then I learned.

I learned I judged myself (and assumed other people’s judgments) were based on whether or not I saw myself, or they saw me, as a bad person, a stupid person, an awkward person. I wanted to be good with the assumption that good meant genius, perfect, social. Being smart wasn’t enough for me–I needed to be smarter than everyone or my intelligence was worth nothing. I needed to not have acne or be so tall or wear unflattering clothes. I needed to not isolate. I needed to not need isolation. I needed to meet people and have friends and be normal. Normal was good. By those standards, I was very, very bad.

I spent time cycling around town, hiking in mountains, and thinking. I learned bad was pretty good.

I don’t mean this in the cliche sense of “in every bad person, there’s a good heart”, nor do I mean “not being normal is also good.” I mean, quite literally, we wouldn’t understand this concept of “bad” without good, and visa versa. Both are within each other, and created from each other, and therefore to label myself one or other, I labeled myself both. And I don’t mean that in the sense of “yes, everyone has a good side and a bad side”. Again, I mean this quite literally, and in a concrete sense, separate from the outcome of actions or thoughts. I.e, starting a riot in the middle of the street is called bad and therefore also called good. One concept can’t exist without the other in every form of life.

It didn’t mean that because snorting coke was both good and bad I should indulge. It meant I could acknowledge the duality and weigh my choices based on the outcome I wanted. I don’t not do drugs because it’s “bad”. I don’t do drugs because it would serve no purpose in the way of freedom.

That brought a lot of comfort because I no longer logically needed to live up to an invisible standard.

Being content with and understanding the connective duality of life gave me freedom from myself. It allowed me to allow space for those voices in my head, including my own negative thoughts; we were all now equal in our non-equality. Their darkness, and my own, was now also light. There was freedom in not fighting, and by not fighting, I fought. It’s similar to breaking an enemies resistance without fighting, which I believe is a central theme in Doaism teachings.

None of this stopped the pain. But all of this let me understand pain, and what I understand, I don’t fear.

It’s refreshing to understand yourself.

2 thoughts on “On Mental Health And Freedom”