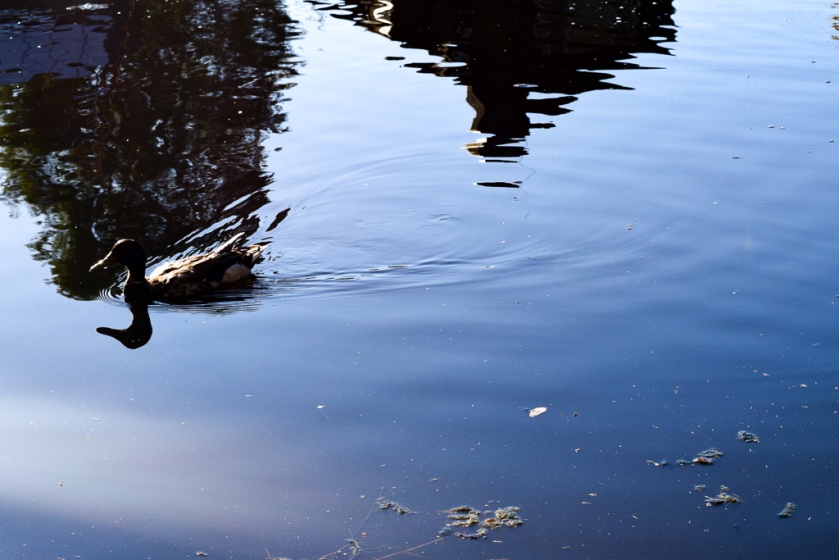 Also painful because I was cracking up. Breaking down. In the hospital, confused and somewhat oddly satisfied in my terror of life. I felt alive again in a twisted way. I felt targeted and special and immortal and genius and connected to something greater than myself.

I posted every once in a while, but lost my follower’s attention. I created a slough of new sites, but WordPress changed so much of their format that I got frustrated trying to adapt. So, I went dark.

This journey through depression and delusion and anxiety has given me new insights on darkness. Its introduced me to the true duality of nature so described in daoism. It’s roughly coddled me into accepting not only myself but all of life.

At the beginning of the pain, before I even worked at the respite house, a voice kept telling me “dead man walking”. Considering I’m a woman, it kind of cracked me up and also simultaneously terrified me; someone, something, was coming to kill me I thought. But I don’t think he predicted my future. I think he commented on my present. I was dead. I enjoyed nothing. I faked smiles. I practiced expert avoidance. I ignored myself and my inner processes because they scared me and because of that fear those inner processes found a way to express themselves for the first time in both of our lives. That way was voices, beliefs, depressions, a mania, panic attacks, and the underlying feeling of being broken.

I think many of us go into therapy or other treatments confused on what “processing emotions” means. I think some therapists and psychiatrists who have never really gone through that heavy process are also confused on what it means. So they blurt it because they’re supposed to, it’s part of the script.

It meant sharing my body and my mind with panic and voices and fear and setting boundaries with them; if we all have to live in here together, we need to communicate and I can’t hold the power. But neither can you.

It meant veering from my psychology degree and studying philosophy, a bit of physics, and leafing through neuroscience articles. It meant studying research. It meant, for me, getting off medication, and really feeling ALL of myself.

I’m sure most people have heard of the double-slit experiment in physics. I remember hearing about it for the first time as I sat high as a kite in High School chemistry. You learn the conclusion is that photons (and other particles) behave as both a wave and a particle, given the observed interference pattern. What high school teachers don’t talk much about is that the reason we come to that conclusion and label it as a reasonable consensus is because, as of right now, we’ll never know if we’re wrong.

We can’t see a single photon pass through anything with the naked eye. And so when we don’t observe it with a camera, when we can’t see what’s happening, the photon behaves as a single photon. The camera we use to observe this particle has a tiny light. That tiny light is a confounding variable–it could be affecting the particle’s behavior. Or maybe it isn’t. But, because we can never see for ourselves with a naked eye, we’ll never know. That’s the paradox, and part of the foundation of the Uncertainty Principal.

We’ll never know. We’re limited in this life we have, and when we’re not okay with that, we run ourselves exhausted trying to fix what isn’t broken.

I’m not scared of darkness anymore. What is there to be scared of?

3 thoughts on “To Process Emotions”